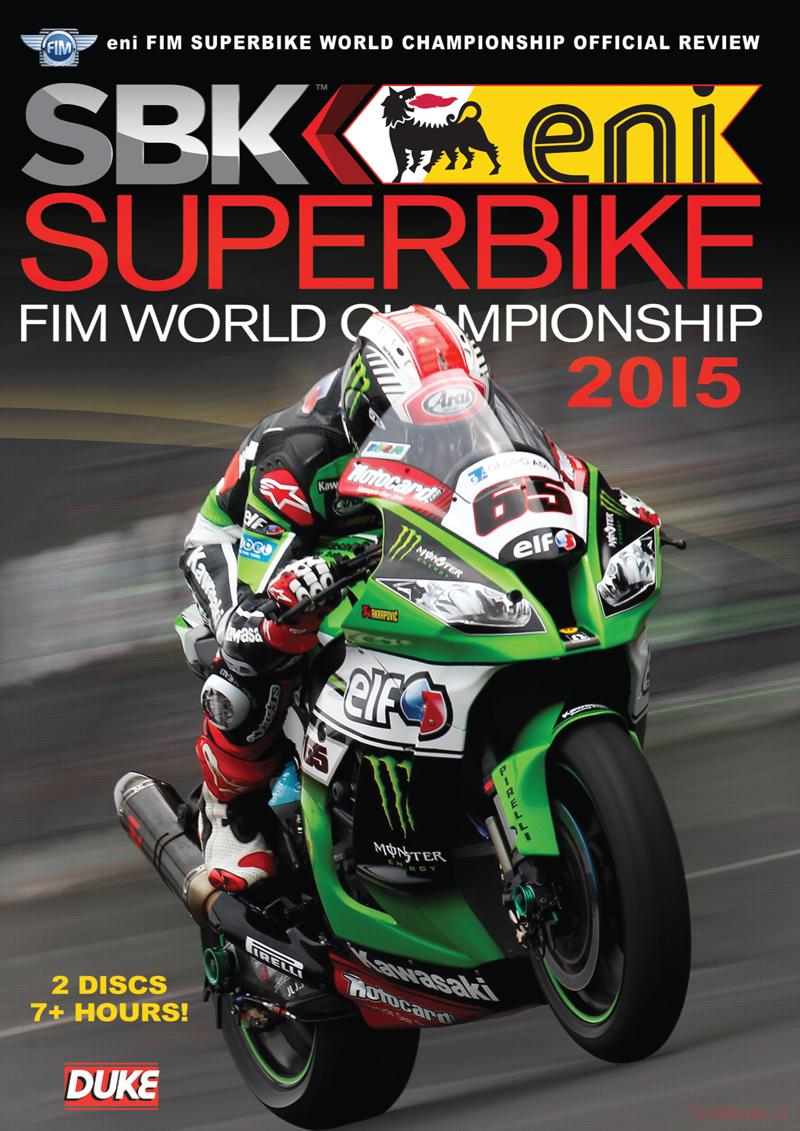 Jonathan Rea claimed his World Championship title in fine form in 2015 - watch all of the build-up and highlights with the official review of the FIM World Superbike Championship 2015. Alongside Rea, Tom Sykes, Chas Davies and Leon Haslam made sure that the 2015 Superbike World Championship season will be remembered as a year of almost complete British dominance as they won nearly every race  between them. Jonathan Rea, for so long seeming to fall just short of his obvious promise, has been the stand out star from the very beginning of the season.

Needing just six point from the Jerez round to secure his title the Northern Irish rider closed out a stunning year by clinching the title from Chaz Davies with two more meetings left on the calendar. Our official review brings together all the highlights of the momentous season from the pre-season testing to the last drop of the flag, the last spray of champagne. Filmed in high quality throughout, the double DVD format allows our editors to really tell the full story of the season. There’s full analysis of each race and each round, interviews with the key riders, statistics and, above all, loads and loads of brilliant racing!

As with all the years, the book opens with a

Out now: the full review of another blistering

2013: The Year of Marc Marquez. The Spanish rookie