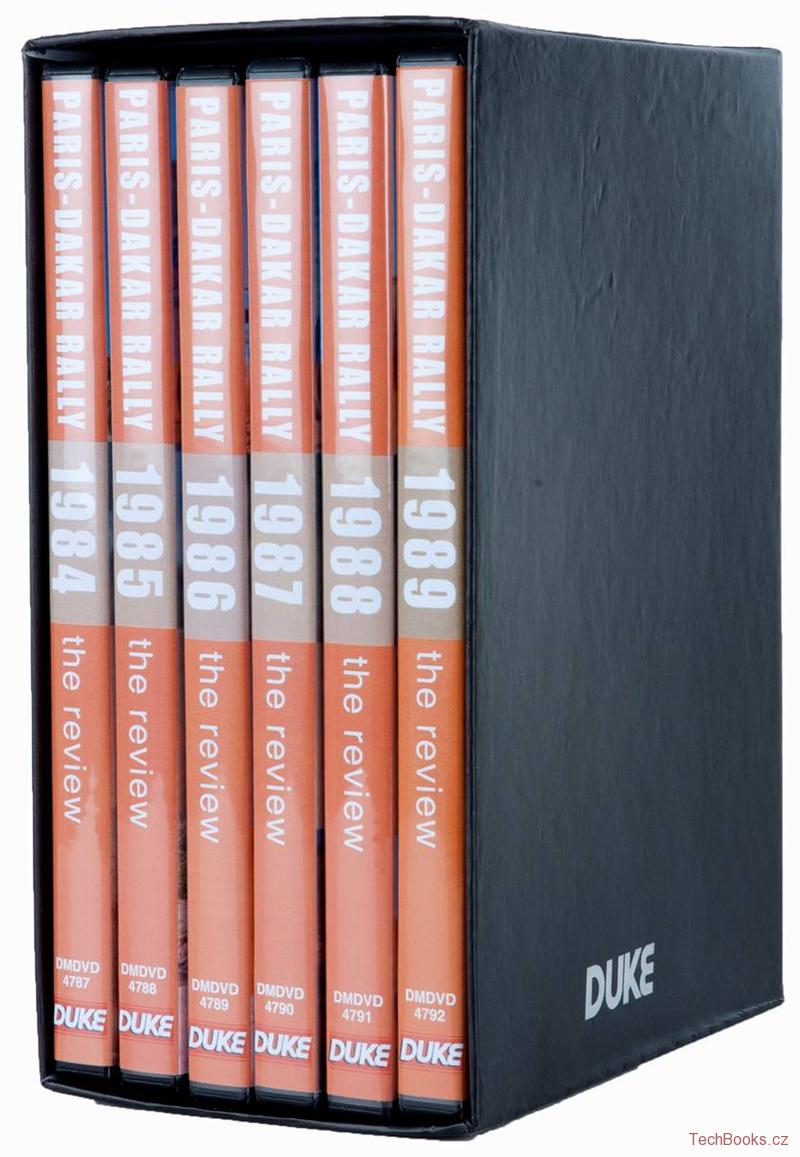 That's What Champions Do

Available in a handsome presentation case for the first time, the collection is loaded with triumph, tragedy, drama and despair.

Jacky Ickx, Ari Vatanen, Cyril Neveu and Stephane Peterhansel are among the stars, plus there’s the iconic desert raid machines, like the Porsche 959, Mitsubishi Pajero and turbo-charged Peugeot 205 T16.

"The old ones are the best! We like watching a bit of motorsport here at Retro Ford and it's even better if an old car is involved. So, handily, Duke video has produced a box set of six years of one of the hardest races of all time; the Paris-Dakar Rally. Featuring famous Ford men, including Ari Vatanen, this is a must-have. Complete with an embossed case, this little lot...will keep you entertained for numerous hours" Retro Ford

"Relive the days when monster Cagivas and boxer BMWs battled it out across the Saharan plains, whilst Opel Mantas tackled the dunes alongside Porsche 959s, with Duke's classic Dakar DVDs. The series covers races from 1984 to 1989 and each DVD runs for approximately 100minutes. The footage follows the race all of the way from Paris to Lac Rose, and compared to modern filming it's basic, grainy and with clunky captions - exactly what you'd expect from 25-year-old coverage! You soon forget the production values - they're part of the charm, really - when you witness the classic machinery tearing across the African sands and see famous names such as Rahier, Neveu, Oriolo and Lalay and how tough they had it back then" Trailbike and Enduro Magazine