Úvod »Automobily nákladní a tahače»Freightliner » White Trucks of the 1950s 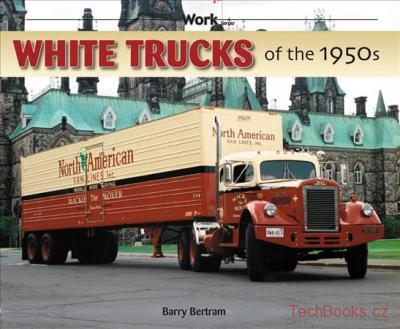 A major producer of American trucks between 1919 and 1980, White was originally founded as a sewing machine company in 1876. But, of course, it was as a truck manufacturer that White is best remembered. During its production years, White offered a broad array of light, medium and heavy-duty trucks. This book reviews White medium and heavy-duty truck models in roughly the decade of the 1950s, including the WC, 3000, 4000, 5000, and 9000 series. Superb photography combined with detailed captions bring the reader a complete picture of these marvelous trucks.

In 1951, Consolidated Freightways signed an