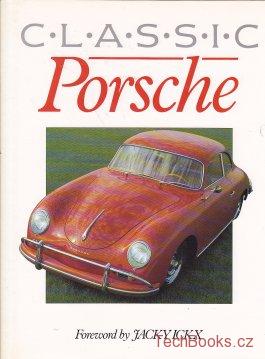 Although the company's first car, the 356 , did not appear until after the Second World War, founding father Ferdinand Porsche's involvement in the motor industry began over ninety years ago and included important development and design work on road cars, commercial vehicles, racing cars and specialized military engines. Founded in 1931, the Porsche independent design company was responsible for the development of the Tiger tank as well as the vastly successful Volkswagen "Beetle", on which the first Porsche car was based.
Since the war, the Porsche name has become synonymous with fine sports cars. Models such as the long-lived 911, the 928, 944 and the explosive 959 have graced the world's roads, while potent racers such as the 917 and 935 have carried all before them on the racing circuits. This book examines the fascinating history of Porsche, the company's contribution to the automobile industry, its cars, and their involvement in the world of motor racing. It is a tribute to one of the world's major sports car manufacturers, whose product is a symbol of craftsmanship, precision and quality.
Packed with superb photographs, Classic Porsche tells the fascinating story of the redoubtable marque.
Výprodej soukromé sbírky - publikace je prodávána jako použitá ve stavu nové knihy. Čistá, intaktní, vazba v pořádku, pouze lehce opotřebený papírový přebal.

We continue our Le Mans coverage with 47