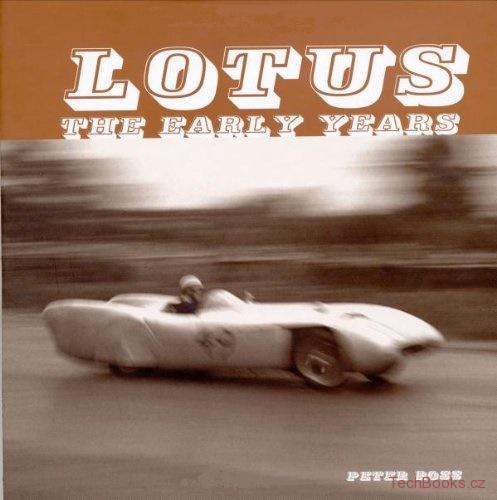 The book corrects many of the historical myths that have appeared in earlier Lotus books, and adds many previously unknown facts. It includes, for the first time, period photographs and sketches taken from the personal albums and drawing boards of those who were there. In addition, contemporary illustrations clarify some of the more unusual and innovative techniques used to overcome the engineering problems that they faced. An extensive appendix offers complete race results and specifications (1951-54).Lotus The Early Years tells the story of what might be called the amateur years of Lotus, before Colin Chapman and Mike Costin gave uptheir day jobs and worked for Lotus full time. Colin relied on enthusiasts for motor sport who were attracted to him partly because of his charm, but mainly because he was so obviously going places and made things happen very fast. This is their story, told by as many of them who are still around 50 years later, based very much or records kept by the Allen brothers, and the daily diary kept by the author at the time.That they should have created a car that beat the world leaders in the1500cc Class seemed astonishing at the time, but subsequent historyshowed that these humble beginnings were based on an ability and drive which took Colin to the top.- The true story of Lotus and how it all began by those who were there- Details the beginnings of Lotus during the fifties- Historic photographs taken from the personal archives of the author- Original engineering drawings/sketches shown here for the first time- Extensive appendix with complete race results and specifications (1951-54)About the AuthorPeter Ross, was a de Havilland Aircraft apprentice in the 1940's,and went on to a career in British European Airways. He knew Colin Chapman from the very start, helped build the Lotus IIIb and the Lotus Mk VIII prototype, and was Team Manager for Lotus at the 1955 Dundrod TT. From 1953 he was a spare time volunteer draughtsman to Colin up to 1959, when he was posted by BEA to Belgium. He was a regular camp follower at the early Grands Prix from 1958-62, usually to be found doing the lap scoring in the Lotus pit. After retiring from the airline in 1987, he spent 11 years manufacturing some 300 of his own design of recumbent pedal tricycle, the Trice, which he still uses for shopping and leisure rides.

Following the tradition of the elegant Haynes