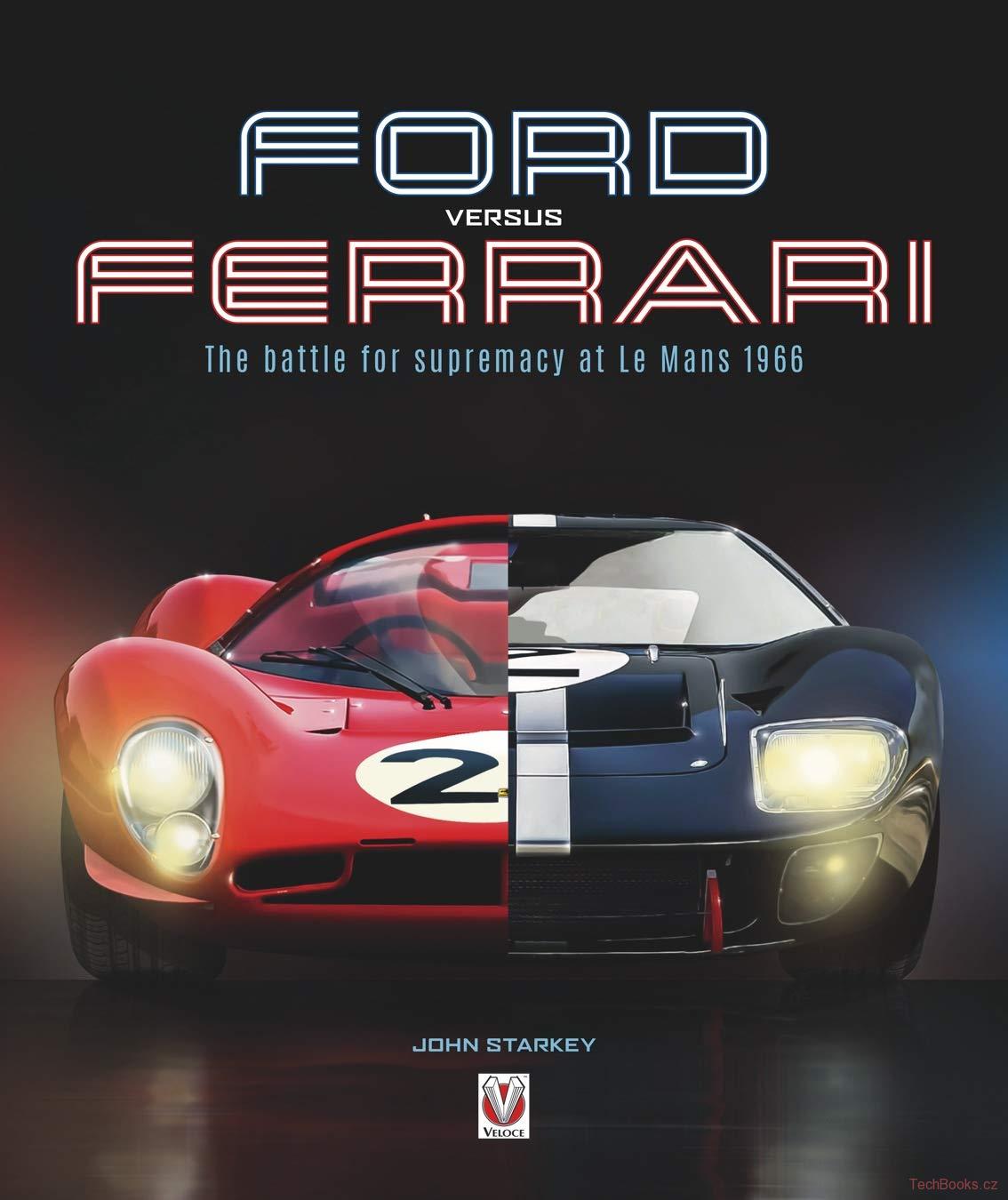 The battle for Supremacy at Le Mans 1966

 Ford versus Ferrari at Le Mans was THE clash of TITANS in the 1960s
 This is the story of the events leading up to the battles at Le Mans between 1964 and 1967
 Chronicles the evolution and development of the Ford GT40, alongside the rise of Ferrari in auto racing
 The story of Ken Miles, the Englishman who led the Ford team to victory
 Follows the career of John Surtees - Ferraris number one driver, and champion on both two wheels and four!

The story of a monumental battle, as Ford and Ferrari vied for racing supremacy at Le Mans during the 1960s.
Following the development of Fords GT40, Ken Miles involvement, and Ferraris No 1 driver, John Surtees, this fascinating book gives the full story of the fight between two giants of the automotive racing history.

What happened when America's richest car company, producing many thousands of cars per year, went head to head with Ferrari of Italy in the mid 60s? This is the story of an immovable force coming up against the stubbornness of an unmovable object  that is, Ford against Ferrari. Enzo Ferrari, whose company produced less than four hundred cars per year in 1963, wasnt going to bow to Ford after he had turned down its offer to buy his company. The only place left to duke it out was on the racetracks of the world  and one in particular: Le Mans.

Period Covered: 1962-1969
Models Covered: Porsche, Lola, Ferrari, Sauber, Nissan, Corvette, Group C cars.
---
There has never been a struggle to match the Ferrari versus Ford contest in motor racing history, both in terms of cost and effort.
A clash of strong personalities: Enzo Ferrari up against Henry Ford II with all the American company's money.
A detailed description of every race the cars entered. The story behind the film Ford v Ferrari

The Ford GT40 is one of the most famous of all

For over fifty years the great marques of motoring