Úvod »» The last Shelby Cobra: My times with Carroll Shelby

The last Shelby Cobra: My times with Carroll Shelby 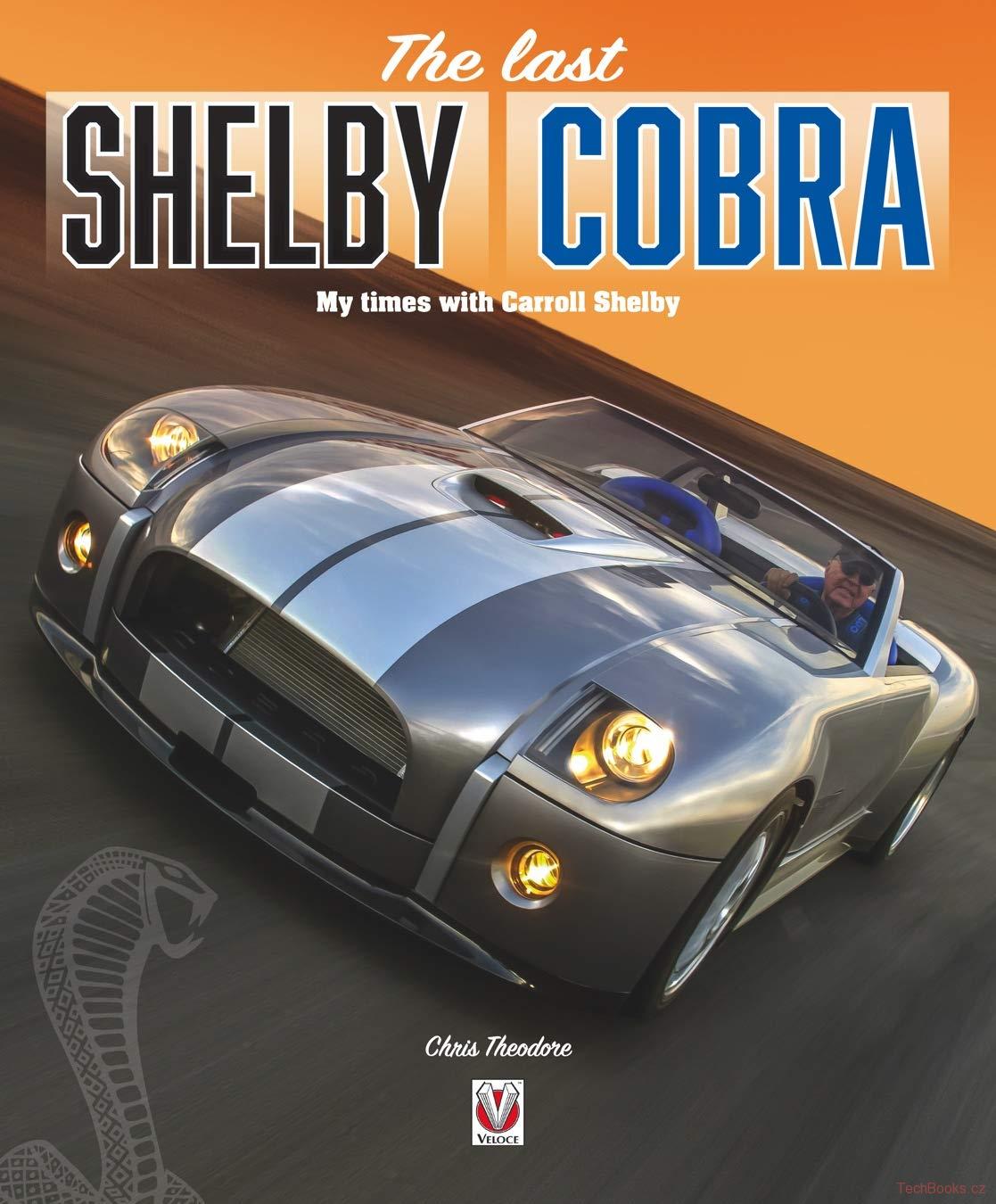 The inside story of Carroll Shelbys last quarter century  the man, his cars and secret projects
 Shelby, Chrysler and the Dodge Viper story
 The intrigue behind reuniting Shelby with Ford
 Shelby, Chief Technical Advisor to Project Petunia: The Ford GT40
 Codename Daisy, the Shelby Cobra Concept: its creation it and how the author came to own it
 The backstory of Project Condor - how Shelbys name finally appeared on the Mustang Shelby GT500
 Carroll and GR1, the spiritual successor to the legendary Shelby Daytona
 Secret projects: The Shelby GT Mark IV  successor to the Ford GT
 Shelby American Mustangs: Shelby GT, GTH, GT500KR, Super Snake, Terlingua, 1000 and GT/SC
 The authors first-hand account of his 24-year friendship with Carroll Shelby

Revealing the inside story of Carroll Shelbys last quarter century: the legend, the man, and the vehicles he helped develop with the author: Ford GT, Shelby GT500, Shelby Cobra Concept, Shelby GR1, Super Snake, secret projects, and the return of Daisy, the last Shelby Cobra.

Carroll Shelby, legendary driving ace, race team owner, and designer of Shelby Cobra, Daytona, and Mustang GT350 classics is revered by automotive enthusiasts, yet little has been written about the last quarter century of Carroll Shelbys life. During that time Chris Theodore, VP at Chrysler and Ford, developed a close personal friendship with Carroll.
The Last Shelby Cobra chronicles the development of the many vehicles they worked on together (Viper, Ford GT, Shelby Cobra Concept, Shelby GR1, Shelby GT500 and others). It is an insiders story about how Shelby came back to the Ford family, and the intrigue behind the five-year journey to get a Shelby badge on a Ford Production Vehicle. The author provides fresh insight and new stories into Shelbys larger-than-life personality, energy, interests and the many unpublished projects Carroll was involved with, up to his passing. Finally, the book describes their unfinished project, the Super Snake II Cobra, and the serendipitous circumstances that allowed to the author to acquire Daisy, the last Shelby Cobra. To his many fans, Carroll Shelby was truly the most interesting man in the world.

Muscle Cars began in the garages and dealerships

Cena pro Vás 508 KČ
Shelby American: Up Close and Behind the Scenes

next big move. He'd started a racing school at

In the new edition of this classic text, Brian

This book takes a look at the life and times of

Le Mans winner Carroll Shelby was one of the best