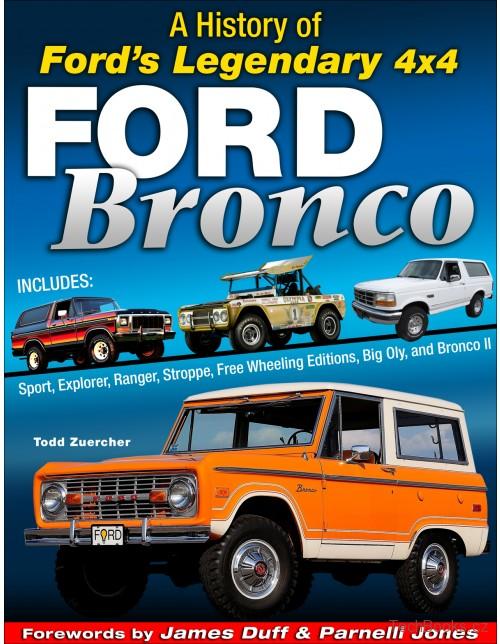 GIs returning after World War II created an entirely new automotive market niche when they bought surplus Jeeps and began exploring the rugged backcountry of the American West. This burgeoning market segment, which eventually became known as sport utility vehicles (SUVs), numbered about 40,000 units per year with offerings from Jeep, Scout, Toyota, and Land Rover. In 1966, Ford entered the fray with its Bronco, offering increased refinement, more power, and an innovative coil-spring front suspension. The Bronco caught on quickly and soon established a reputation as a solid backcountry performer. In Baja, the legendary accomplishments of racers such as Parnelli Jones, Rod Hall, and Bill Stroppe further cemented the bobtail's reputation for toughness.

Ford moved upstream with the introduction of the larger Bronco for 1978, witnessing a huge increase in sales for the second-generation trucks. The Twin Traction Beam front end was introduced in the third generation, and further refinements including more aerodynamic styling, greater luxury, and more powerful fuel-injected engines came on board in the generations that followed. Through it all, the Bronco retained its reputation as a tough, versatile, and comfortable rig, both on and off the paved road. With the reintroduction of the Bronco for 2020, Ford is producing a vehicle for a whole new generation of enthusiasts that looks to bring modern styling and performance to the market while building on the 30-year heritage of the first five generations of the Bronco so dearly loved by their owners.

From the development process and details of the first trucks through the 1996 models, author Todd Zuercher shares technical details, rarely seen photos, and highlights of significant models along with the stories of those people whose lives have been intertwined with the Bronco for many years. This book will have new information for everyone and will be a must-have for longtime enthusiasts and new owners alike!

Chapter One: In the Beginning

This is the complete 30-year history of Ford’s

The Bronco was a major milestone in the history of

One of the most popular pickup trucks to ever hit