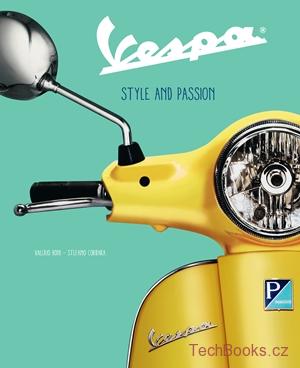 April 1946 was the debut date of the revolutionary little two-wheel vehicle, which, as well as leaving an indelible mark on the history of transport, became a real cultural phenomenon to successive generations. Simple and elegant, practical and comfortable, these are some of the characteristics that have ensured the popular scooter an unrepeatable success, with 35,000 of them built in 1949 alone. Sixty-five years after its birth, the Vespa, of which over 17 million have been produced, has affirmed itself throughout the world. This book covers the fascinating epic of the Vespa, from its debut to the present day, through hundreds of pictures and invaluable documents of its various epochs. The work is introduced by Roberto Colaninno, the current president of Piaggio, and includes a systematic cataloguing of all the models that have appeared in those 65 years, each one accompanied by a detailed technical specification.

• No other Vespa buyers guide on the market •

This inexpensive photographic history of Vespa,

April 1946 was the debut date of the revolutionary