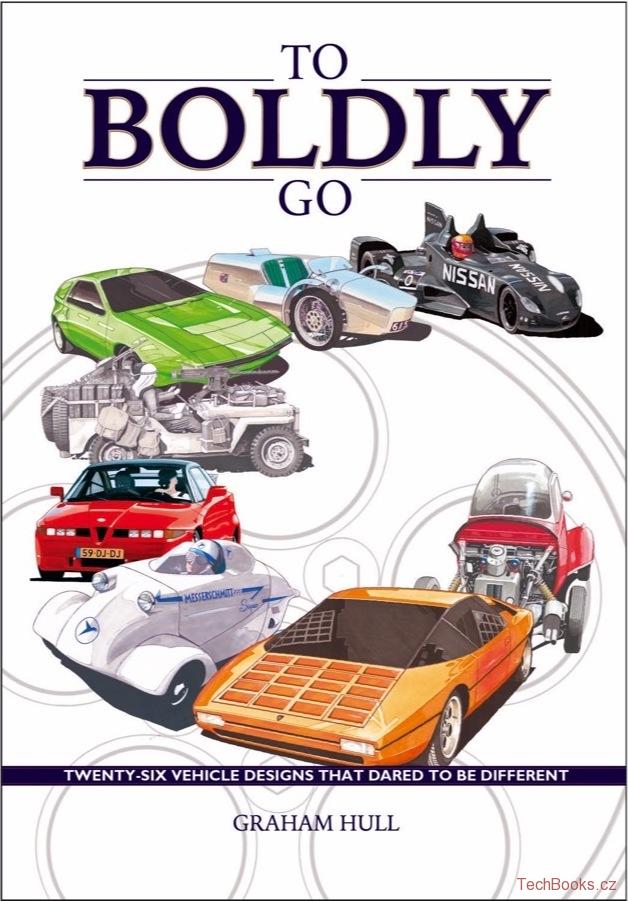 To Boldly Go details 26 sometimes controversial vehicles, from 1911 to present, all solving different design challenges. From the Issigonis Mini that changed design and social mores, to racers so successful they were banned from competition, from cars produced in millions, to one-offs, all created by those marching to the beat of their own drum.

A fascinating journey through a century of 26 exceptional designs.

Author Graham Hull, former designer of Rolls-Royce and Bentley cars, delves into the world of innovative vehicle design, and considers what makes some stand out from the crowd. Regardless of production numbers, one litmus test is applied: was the vehicle an exceptional design solution?

The 1911 Morgan three-wheeler, still in production 100 years on, proves the potency of an original concept. Be it for austerity, off-road, competition or social status, this book follows vehicle rationales where the backdrop is the power of creativity – individuals and teams rattling the cage of convention, and claiming their places in automotive history. Whether Tyrrell’s four-wheel bogie, or Bond’s mechanical ‘pony,’ such devices bear witness to ingenuity, and the world would be a poorer place without the striving of their creators.

Graham Hull’s original artwork captures the vehicles aesthetically, often technically, and also in action. Each chapter gives a sense of the commercial and social background of the design, considers its function and form, and features personal testimonies and anecdotes.

Once a common sight on Britain's roads, few people

The volume marks the return of the House of Arese

Cena pro Vás 1 436 KČ
André Lefebvre, and the cars he created at Voisin and Citroën

Features • A fascinating inside story about the