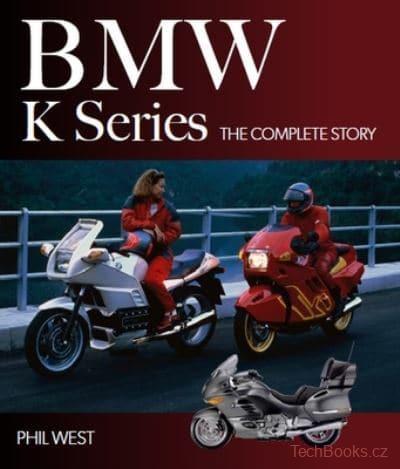 While BMW motorcycles remain mostly associated with its R-series shaft-drive boxer twins, it’s the K-series liquid-cooled ‘multis’ that have been – and remain – the German firm’s most advanced, radical and downright wacky bikes of all. Launched in 1983 to propel BMW into a whole new era, the K-series has included some of the world’s most innovative and interesting motorcycles. From the original liquid-cooled, fuel-injected K100, to the radically aerodynamic K1 of the 1980s; the ultra-powerful K1200RS and space age K1200LT of the 1990s; and the ‘Duolever’ K1200S and 6-cylinder K1600 of the 2000s and beyond, BMW’s ‘Ks’ have always been special, but also so advanced and pioneering that they’ve helped shape the whole of modern motorcycling. BMW expert Phil West, author of BMW Airhead Twins and BMW GS, also published by Crowood, has again painstakingly researched their complete history, found pictures never published before and recounts the whole K-Series story in a comprehensive and engaging tale.