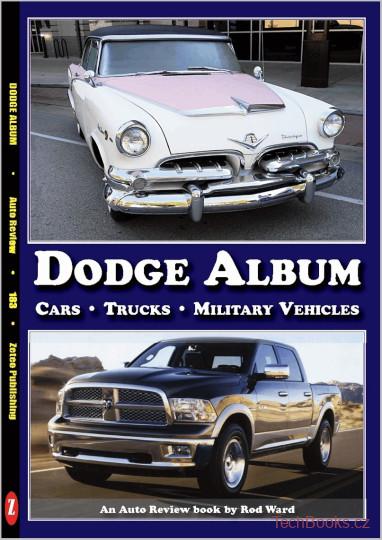 Dodge Brothers cars and light trucks were made from 1914 onwards, based on experience making cars and components for other companies. The tough, hard-drinking Dodge brothers, John and Horace, died within months of each other in 1920, both of them victims of the demon drink. Their reputation for engineering quality had been established, however, and their company was acquired by Walter Chrysler when he began to build his automotive empire. Dodge became the cornerstone of the Chrysler Corporation, in the profitable middle of the car market, avoiding the disastrous Airflow styling which afflicted other Chrysler brands in the 1930s. Dodge became a lynchpin of the Allied effort in the Second World War, making thousands of small ‘soft-skin’ military vehicles. Postwar Dodges veered between solid practicality and eccentric styling, but the brand mostly managed to maintain its mid-market position, supported by popular ranges of pickup trucks. Dodge cars, trucks and military vehicles are all covered in these pages. We have here the full story of Dodge from 1899 and the brothers’ early efforts, to life as part of the multi-national Stellantis Group in the 2020s.

Cudas and Challengers were the hottest thing going