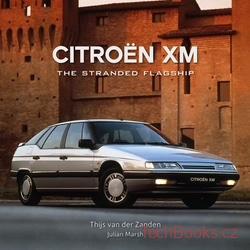 The Citroën XM had the almost impossible task of following in the footsteps of the legendary Traction, DS and CX. Initially, the XM seemed the perfect car for this: the streamlined body was really something special and the XM was full of technical innovations.

The first customers however rapidly experienced the downside of so much innovation: their XMs broke down with all kinds of malfunctions. By the time Citroën had finally solved those problems, the car’s reputation had been damaged beyond repair.

In this book, author Thijs van der Zanden tells the fascinating story behind the XM. From the first sketches and prototypes to its introduction, the first models and all the variants Citroën added to the range over the years. The numerous illustrations (much of them have never been published before) make this book a must for the real enthusiast.

Citroën was late with a mid-range model. The