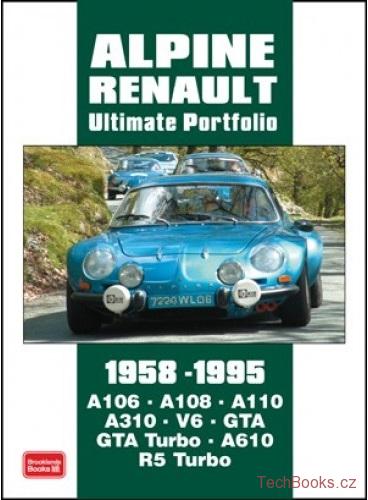 Alpine was really the only sports car volume manufacturer in France until the seventies, but inspite of this and the outstanding competition history of the company, the history of Alpine is seldom treated seriously outside France. In 1946 Jean Redele took charge of his fathers Renault agency in Dieppe which gave him the opportunity to take up serious racing and rallying and in 1952 won the Sport 750 class of the Mille Miglia. In July 1955 he presented his first Alpine built on the floorpan of the Renault 4CV followed by the A108 Cabriolet, and the Berlinette variant in 1960. In 1973 Renault took a majority holding in Alpine but kept Alpine as a separate trading identity. Also in 1973 Alpine won the inaugural World Rally Championship with the A110 Berlinette during which they were placed 1st, 2nd, 3rd in the Monte Carlo Rally. In 1995 the decision was taken by Renault to end Alpine production after 40 years.