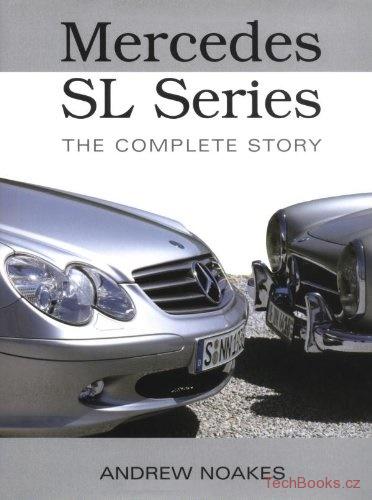 Mercedes Benz has now been manufacturing SL sports cars for fifty years, and for all that time the cars adorned with those two special letters have been admired and coveted by car lovers the world over.

It all started in 1954, with the fabulous and iconic 300SL Gullwing, a road car developed directly from the stunning 300SLR racing car. Other models followed, including the more affordable 190SL, the Pagoda car of the sixties and the stylish ranges of the seventies and eighties.

Mercedes now use the SL tag before rather than after the numbers in the cars designations, but the line is as strong as ever, with a magnificent new range and an SLR supercar developed with McLaren that takes the family right back to its roots.

This detailed and beautifully illustrated book

Text in English, Italian, and French. This was the