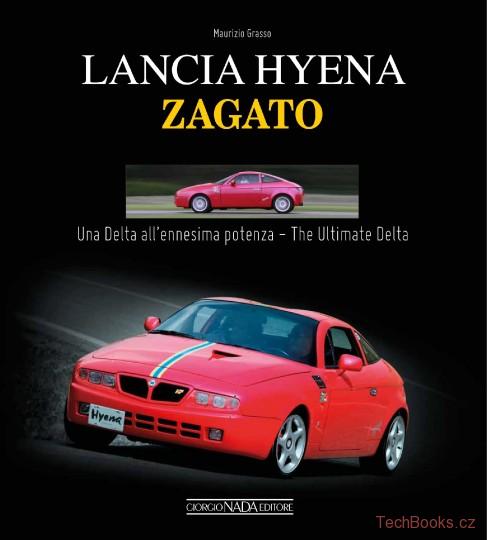 We have to recreate the enthusiasm that surrounded the SPORT models, ever a synonym for the Lancia Zagatos": in 1991 this was the brief the recent graduate Andrea Zagato gave to Marco Pedracini, a young designer who had not long been hired by prestigious coachbuilder. It was out of this fortuitous and fortunate coming together of this far-sighted idea and the enthusiasm of Paul Koot, a Dutch fan and a businessman in the automotive sector, that an icon was born, the HYENA. A beautiful car, but one practically unknown to the general public. A car that could have repeated and even surpassed the commercial and sporting success of the Lancia Delta Integrale from which it was derived. Unfortunatley just 24 examples were produced due to the debateable decision taken by the Fiat/Lancia directors of the time. Following a rapid review of the evolution of the Lancia Delta over the year, this book, written by an enthusiastic collector, examines the difficult genesis of the Hyena, from the first steps with the publication of the very first (previously unpublished) sketches and numerous photos and then follows its development, engineering and production through to its presentation at the car shows and in brochures. The book is completed by a comprehensive technical section, with the project list and the spare parts catalogue as well as an extensive photographic portrait of one particular example, N. 20. Lastly, all 24 Lancia Hyenas are examined, with the intention of reconstructing their specifications, their destination and the country in which they are jealously conserved by the enthusiast and collectors who possess a precious example.

This work offers advice for anyone seeking or

New updated and revised edition of the book Zagato