Úvod »* NAVIONICS» Ford Design in the UK - 70 years of success

Ford Design in the UK - 70 years of success 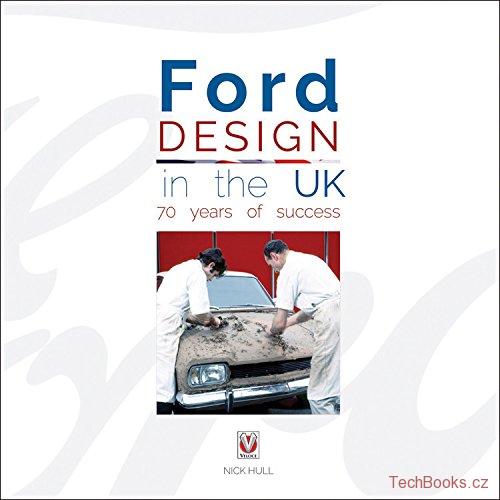 • Early Briggs days in Dagenham – the Consul, Zodiac and Classic
• Cortina, Corsair, Escort and Capri development in the Aveley studio
• The opening of Dunton and expansion of design activities
• The problems and politics behind Ford of Europe in the 1960s
• The eight generations of Ford Transit, 1965 to today
• The Uwe Bahnsen years – Granada, Sierra, Scorpio and Cargo truck
• New Edge design and the politics of the 1990s
• The story behind the Mondeo, Ka and Puma
• From New Edge to Kinetic Design – the 2000s
• How current digital design methods have revolutionised the design studio

A landmark new history from design journalist Nick Hull, Ford Design in the UK offers a detailed insight into the company's design story, from the early days of Ford in Dagenham to the latest generation of the Ford Transit in 2016. It is a fitting tribute to the spirit and ethos of Ford design and engineering.

Exploring Ford UK’s design studios during the past 70 years, this book provides a unique insight into the company’s history, its UK studio locations, and delves into the lives of the designers, modellers and studio engineers.
As a profession, automotive design has changed hugely over the past century and continues to evolve as new processes are developed. This book charts the development of Ford projects in the UK, particularly those designed in the Dunton studio, which opened in 1967 and is still a key part of Ford’s design resource in Europe. From the early days of chalk drawings and wooden models for the Consul to today’s digital renderings and milled clays for the latest Transit, Ford’s designers and technicians have never been short of creativity. This book tells their story, in their own words.

Cortina: The story of Ford's Best-seller