DVD: The Story of the Mk 1 Escort 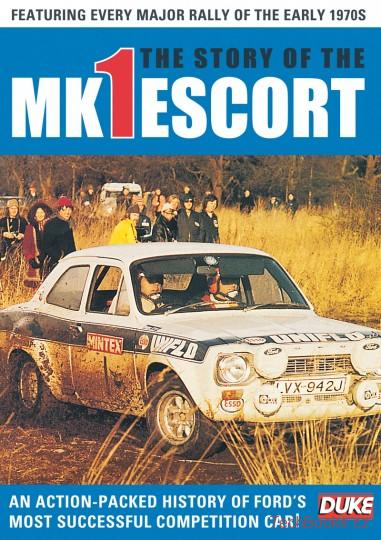 Featuring Every Major Rallye of the Early 1970s

The story of Ford’s Mk I Escort is, in many ways, a story that crams more success and action into seven years than many cars pack into a lifetime.

When first launched (by helicopter!) in 1968, no one could have foretold the profound effect the humble family saloon would have on motorsport worldwide.

The car instantly proved to have star quality, it’s relatively lightweight and durable chassis combined with nimble handling and good engines established as the most successful British entry in motorsport events across the world.

Across rallies, saloon car racing and rallycross, time and again the Escort Mk I was at the head of the field.

In this entertaining and highly informative programme available on DVD for the first time, you can follow the development of a rallying icon.

Featuring footage from the Ford motorsport archive, the film covers every major rally of the era from San Remo in ’68 to the 1974 RAC Rally which saw a hat-trick for the RS1600s.

Along the way you can take in thrilling action from the East African Safari Rally, the Circuit of Ireland, Avon Motor Tours and many more classic events.

A particular highlight is John Fitzpatrick’s demo of the Escort’s racetrack prowess – join him in the cockpit for a hair-raising run around Jarama!

A true testament to the magic of the Mk I!

These cars were racing saloons de-tuned for road

Asked to sum up the Ford Escort, Markku Alén put