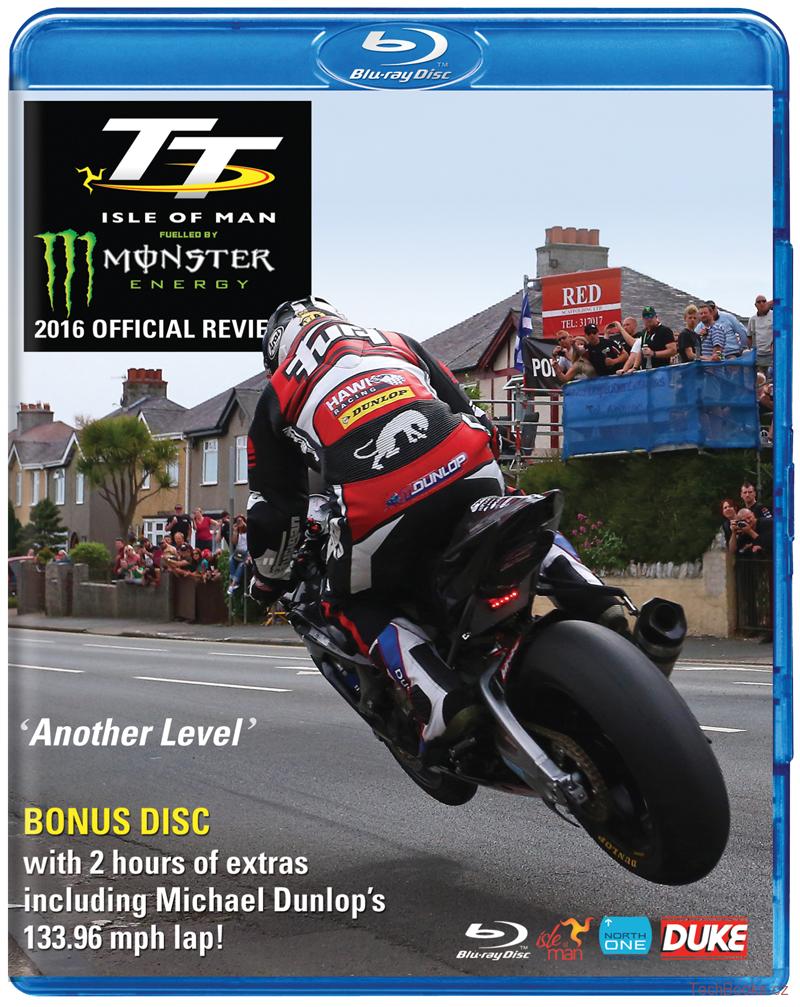 Watch your 2016 Isle of Man TT fuelled by Monster Energy Review the way it was supposed to be enjoyed - in crystal clear HD.

The Blu-ray edition of the annual official review is the ultimate in TT home entertainment experiences - the stunning slo-mos, the impressive overhead helicopter shots, the onboards and more - all look their very best on the beautifully edited Blu-ray.

The exhilarating Isle of Man TT 2016 saw nearly every record in the book smashed, and smashed again in two weeks of sensational action - that wasn't without it's controversy!

With wall-to-wall sunshine from day one of qualifying through, almost, to Senior race day conditions were better than any other meeting in recent memory and the stars of real road racing made the most of them.

Michael Dunlop and Ian Hutchinson laid down the early markers in qualifying, with Dunlop shocking the paddock by throwing in a seemingly casual 133mph lap in qualifying – the first at the TT over the magic 133 barrier.

That set the tone for race week and it became very much the Michael and Ian show as they constantly pushed each other to greater exertions in the Superbike, Supersport and Superstock races.

With two superb riders, on very evenly matched machines and in the form of their lives records were smashed into dust and the crowds were thrilled by spectacles of skill and technique on nearly every lap.

Not to be outdone, Ben and Tom Birchall snatched the sidecar lap record from Dave Molyneux, just a year after he took it from Nick Crowe who’d held it for nearly a decade, although it was John Holden and Andy Winkle who took a very popular win in the first sidecar race of the week.

Ivan Lintin made history in the Lightweight TT by taking the first back-to-back wins in the class, no mean feat with so many talented riders on highly competitive machines desperate for the win.

Sit back and enjoy the fastest TT ever, filmed from multiple vantage points, and hosted once more by Craig Doyle, James Whitham, Steve Parrish and former Senior TT winner Steve Plater – this is the essential memento of a truly remarkable TT meeting.

The Isle of Man TT 2015 fuelled by Monster