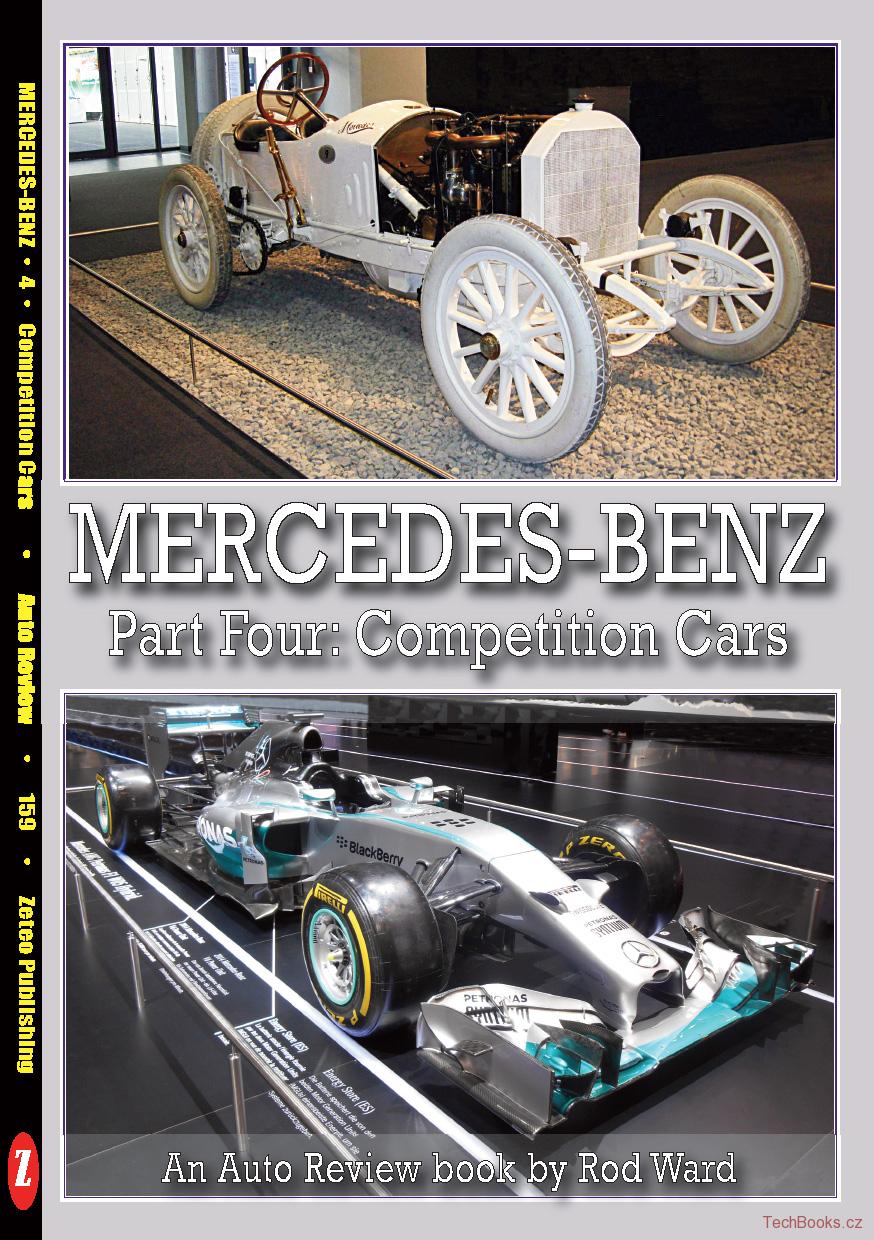 When we looked into the question of adding the history of Mercedes-Benz to the Auto Review series, it was apparent that there would be far too much for a single volume. The story is therefore divided into four. The first part, Auto Review 143, covers Mercedes-Benz road cars, plus cars made earlier by Benz and Daimler. Auto Review 146 covers Mercedes-Benz commercial vehicles and Auto Review 149 is devoted to the Unimog.
This volume, Auto Review 159 describes Mercedes-Benz competition cars. As described in detail in Auto Review 143 Mercedes-Benz road cars, the marque originated in two separate car makers, Benz and Daimler, who were both involved in competition events from early days. First we look at Benz, then we have the Daimler account, followed by Mercédès, the name under which Daimler cars were known after 1901. The accents were dropped in 1909, after which the cars were called Mercedes. The combined story begins in 1926, when the two firms merged as Daimler-Benz AG (D-B) with the cars badged as Mercedes-Benz. There have been times when the marque was deeply involved in a number of different types of competition motoring at the same time, but in between there were often fallow periods with little or no activity, due to lack of funds or to other considerations. This means that sometimes there may be apparent ‘gaps’ in the story, with nothing much happening. At other times a number of simultaneous and overlapping accounts, perhaps sports-racing cars, touring cars and Formula 1, have to be treated separately. The overall holding company is now Daimler AG, and Mercedes-Benz continues to compete in Formula 1 and Formula E in the 21st century.