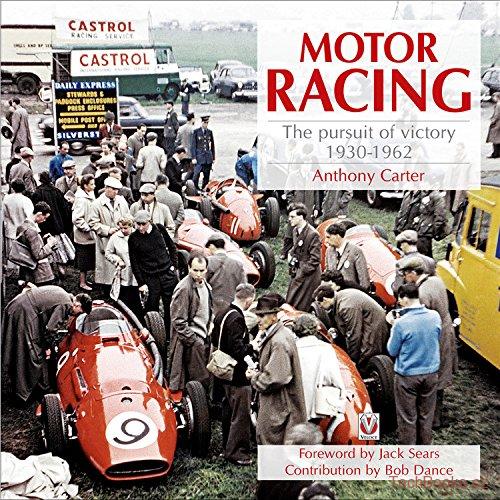 Previously unpublished, stunning photographs from motor racing history, in a book that examines the many facets of Grand Prix racing before the dominance of television. A beautiful look at a fascinating time in motor racing.

This book is a virtual time machine to the past. It presents stunning – previously unpublished – photographs from motor racing history, and examines the many facets of Grand Prix racing before the dominance of television and commercial advertising. Here are stories of derring-do and racing that constantly pushed the boundaries of technology. The story begins in the 1930s when the German Auto-Unions and Mercedes were heavily subsidised by the Nazi regime to strengthen their engineering might. This produced the most powerful racing cars ever (at least until the turbocharged cars of the 1980s), and which was followed by the postwar era that saw the BRM V16 bringing prestige to Great Britain. Altogether a nostalgic look at a fascinating time in motor racing’s development.

In his 50-year career, many of Jesse Alexanders

Ron Tauranac has designed racing cars for over