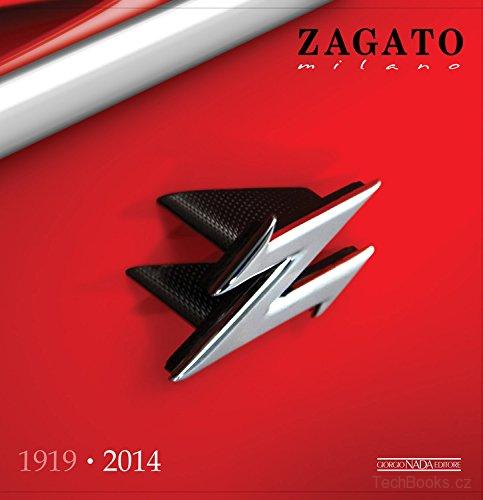 New updated and revised edition of the book Zagato Milano 1919-2009, appeard in 2009 for the 90th anniversary of the marque.

Among the great names of the world’s body stylists, a place at the absolute top must go to Zagato, a name closely linked to the story of motor racing but also to that of style. And a name that celebrated the 95th anniversary of its foundation in 2014. It was in 1919 when Ugo Zagato founded "Carrozzeria U. Zagato & C.", a company that, in just a few years, earned great fame among the numerous car manufacturers, the first of them Alfa Romeo, who gave the Milanese stylist the task of building the body for the unforgettable 6C 1750 and the 8C 2900, which appeared in the Thirties. That sporting vocation was no less prominent after the Second World War, when there appeared in sequence the Fiat 8V, the Alfa Romeo SZs and almost all the Lancia sports coupés.
This book makes live again the company’s extraordinary story of technology and style, sub-divided into decades, its story told in short passages of text and by an outstanding collection of beautiful archival photography.
Well worth noting are the profiles in colour of all the projects by the celebrated stylist, from the S.V.A. 5 bi-plane used by Gabriele D’Annunzio for his flight to Vienna in 1918 to the latest concept cars.

We have to recreate the enthusiasm that surrounded